I always have a good book (or a few) on the go, so if you’re looking for recommendations, here are mine. I plan to post about at least one each month:

One Day this Will Matter by: Scaachi Koul

Few authors have managed to make me laugh and cry in public within such a short time frame as Scaachi Koul. 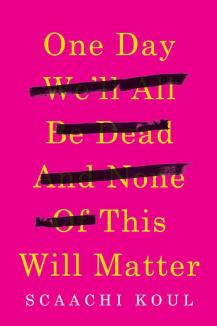 For the uninitiated, Koul, a culture writer for BuzzFeed, has already gained a reputation in the Twitterverse as a source of hilarity and a feminist force to be reckoned with. The writer rarely shies away from the opportunity to tell the world exactly what’s on her mind, even in the face of unrelenting trolls.

In Canada – the first country in the world to adopt multiculturalism as an official policy – feeling “rootless” is a way of life for many, especially for those, like myself, whose roots stem from a jumble of places across the globe, as if we were born via anemophily. When you’re two-parts Portuguese, one-part Indian, one-part Pakistani and 100 per cent Canadian, it’s hard not to take pause when someone asks you: “where are you from?”

Koul speaks to this experience of an increasingly globalised world in an unequivocal way that few have been able to accomplish. “So much of immigration is about loss. First you lose bodies: people who die, people whose deaths you missed. Then you lose history: no one speaks the language anymore, and successive generations grow more and more westernised.”

For me, this one’s a must-read.

The Ministry of Utmost Happiness by: Arundhati Roy 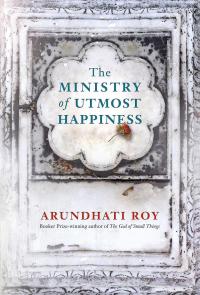 Fans of Arundhati Roy waited two decades for the author to release her second novel since The God of Small Things, but The Ministry of Utmost Happiness was definitely worth the wait.

Roy’s new book seems to sum up 20 years of contemplation, during which the Indian author has been quite busy, being a fierce, but loving critic of her country. She’s published a range of essays analysing India’s political landscape since her first book – and her reflections seem to be compounded in her new work of historical fiction.

Those who loved her first book, might find Roy’s second novel a bit more challenging, as the author takes a number of leaps throughout the book confident that readers will be able to fill the gaps and follow along. That’s why it demands a certain degree of attention – and reflection. But readers are sure to come away rewarded with a renewed sense of empathy for humanity, despite its shortcomings.

Angela Saini’s new book is the pocket guide every feminist needs for shutting down anyone who tries to refute the reality of sexism in the workplace – especially when it comes to the science community. 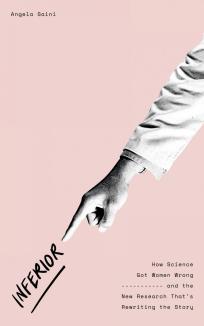 The science journalist deploys a heavy arsenal of data to show how deeply sexist notions have been woven into the fabric of scientific research – and how they are still being perpetuated within the science community today.

One example Saini mentions early on in her book really stuck with me. She cites a 2012 study at Yale University, in which more than 100 scientists were asked to assess a resume submitted for a vacancy for a laboratory manager.

Every resume was identical, except that half were submitted under a female name and the other half under a male name. Guess what happened? Scientists rated those with female names significantly lower in competence and hireability, were less keen to mentor them  and – the cherry on top – they also offered them lower starting salaries. It’s one of many examples Saini gives to prove that the patriarchy is alive and well within the scientific community.

If you read anything this year, I hope it’s this book.

I Love Dick by: Chris Kraus

I Love Dick is a stunning theoretical examination of the power dynamics in relationships specifically between men and women. And, at the centre, a defining question: “Who gets to speak and why?” 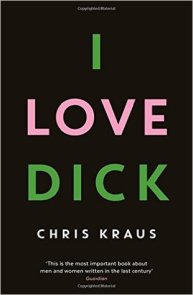 It blurs the lines between fiction and memoir and I came away from reading it feeling like it just might be one of the most important books of our time. Of course, it was initially published in 1997, so it’s taken exactly two decades for it to get just a bit of the acclaim that it deserves.

It was also recently made into an Amazon series
created by director Jill Soloway and playwright Sarah Gubbins under the same title. I would say this is essential

reading for anyone who wants to understand the power dynamics that are perpetuated between men and women in an ultimately patriarchal world.